How many of you all feel that being punctual is too laborious & hence, end up reaching late confidently for most events or meet-ups ?

If you are one of those, then welcome to the amazing “WON’T-MOVE-UNTIL-ASS-IS-ON-FIRE” world!

Don’t worry, here in this world, we have deep-rooted respect for you, because not everyone can master the art of being impunctual! 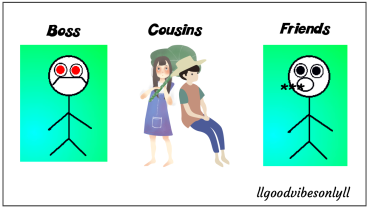 As your bosses do, we won’t look at you & then at the watch & leave you with an awkward smile when you arrive late at work;

or as your friends do, we won’t curse you when you inform us that you’ll reach in 5 minutes, but end-up reaching in 20;

or as your cousins do, we won’t instruct you to reach 1 hour before the intended time of meet, knowing your ever-so-constant habit of missing the boat!

We get you, bruh!

We are a community which believes that reaching a minimum 15 minutes late is our best at being punctual! We are brave people who can combat the eye rolls & the scuttlebutts all the time; that’s not easy, isn’t it? We are those adrenaline junkies who feel our epinephrine ooze out in the last-minute sprint!

Even though these thrilling experiences ignite the fire within us & piss the people around us, how do we land up in such situations always?

Number 1: Multitasking
While multitasking is a good habit, we visibly forget that it can’t be done as per our convenience. We often wrongly presume that we have super-powers which would aid in getting many tasks done simultaneously, without tracking time obviously; thus we end up reaching late everywhere.

Number 2: Poor Planning
We usually underestimate the time required for completing tasks at hand & hence fail by miserably negative margins. Instead of considering the average time required to do a task, we consider the least possible required time & end up wrecking the schedule.
And how can we forget the Murphy’s law?

Whatever can go wrong, will go wrong. – Murphy’s Law

It is almost always at such times that mishaps take place – a near train miss, taxi strike, tyre puncture, shoe breakdown, etc. – making life more miserable than it already is.

Number 3: Personality Type
Everyone knows that the difference between type A & type B personalities is like that between day & night! While the overachievers/competitive/impatient belong to type A, the creative/more pragmatic/relaxed belong to type B.

A research* states that while the As perceive a minute to be composed of 58 seconds, the Bs interpret it as 77 seconds! So why blame ourselves? It’s in our blood you see.

Number 4: Being a Stubborn Perfectionist
Completing all the pre-planned activities, with precision & integrity, before reaching office/party/meet-up is always on our minds. And for that, we often have to sacrifice others’ & our time!

Also, we oft think – why waste time by reaching 10 minutes before the scheduled time? We might as well use that time efficiently to do something productive!

Work expands so as to fill the time available for its completion. – Parkinson’s Law

Moment of inertia is directly proportional to time availability. Initial 80% of the time is typically wasted in planning, day-dreaming, taking time for granted & lazying around. Then slowly, as inertia withers away and things start moving, we realise that we have very less time and huge pile of pending work. And thus, 80% of the work is ultimately completed in the last 20% of available time, when our ass is actually on fire. 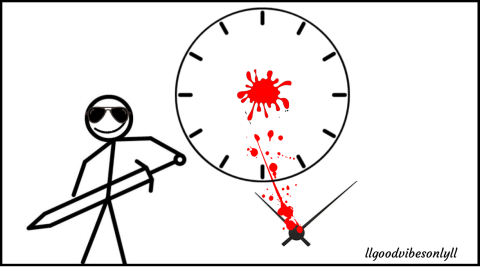 Though we may or may not have scientifically proven reasons for this wont-move-until-ass-is-on-fire attitude, there’s always a room for improvement.

Why be criticised for something which we can change with practice?

Start with reducing 5 mins delay at a time, until you zero it down totally. I’ve been doing the same & surprisingly, I feel good & proud of myself for being able to do so!

Its good to be selfless at times & make the people around us happy.

View all posts by Pranita Sadavarte

11 thoughts on “Won’t move until ass is on fire”